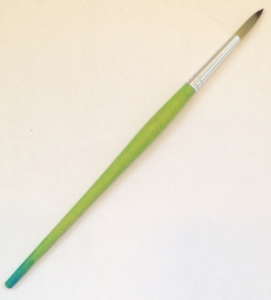 Hello and thank you for coming to have a look at my website.

My name is Malou Bonicos. I am an illustrator and creator of intellectual property for children’s television programmes.

Drawing since I was three years old.

My Dad and his Mum, (my Yiayia-Granny) arrived in London from Greece soon after the end of World War Two.

Natural born Londoner and very proud of my Greek Ancestry too. Childhood in Newcastle Upon Tyne. Summers in Greece and North Wales. Family returned to London when I was eleven years old.

I attended Foundation and Degree courses at Chelsea School of Art. Mentored by Sir Hugh Casson.

Worked hard on my foundation and degree courses at college. So happy and proud the day I graduated, gaining a BA Honours Degree in Illustration and Graphic Design.

Just prior to Graduating, I found a tiny studio beside the River Thames and started trading as a Commercial Artist.
I acquired all of my Clients from scratch. I was setting up my business years before the internet, so I travelled all around London with my bulky portfolio by bus, tube and foot to show prospective new Clients examples of my drawings and designs. This was an exhausting but very exciting time, because at long last, I was seeing my dream that I had had since I was a little girl of becoming a professional illustrator become a reality.
As the years progressed, and my drawing and graphic design business was becoming established. I was very happy that I was being introduced to new customers by word of mouth recommendations from my existing satisfied clients.
My first ever commission was a small black and white line drawing for Options Magazine.

Delighted to share with you the exciting news that my NEW  Children’s TV Show is on the way! Get READY!

Hot off the Press Printers

Selection of Children’s Books I have Illustrated and Written:

Written and Illustrated by Malou Bonicos

A LITTLE bus on a BIG Adventure!

Where does the Queen go on holiday?

and last, but by no means least 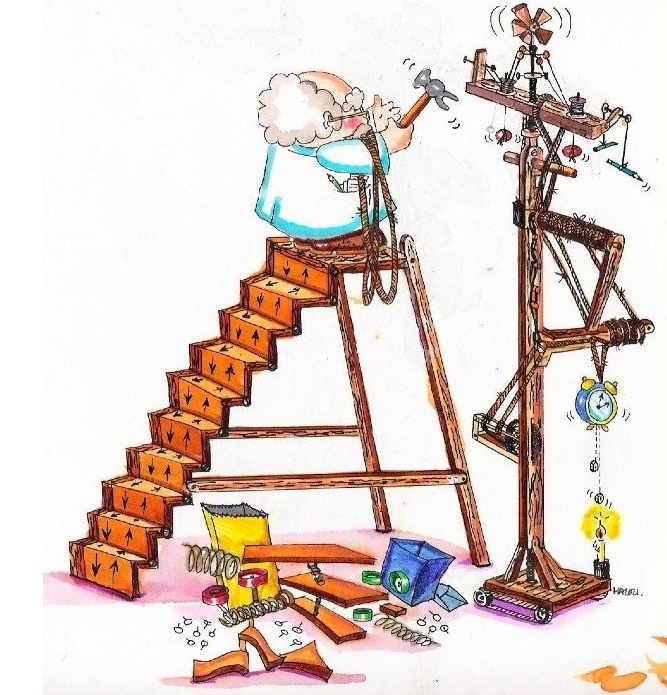 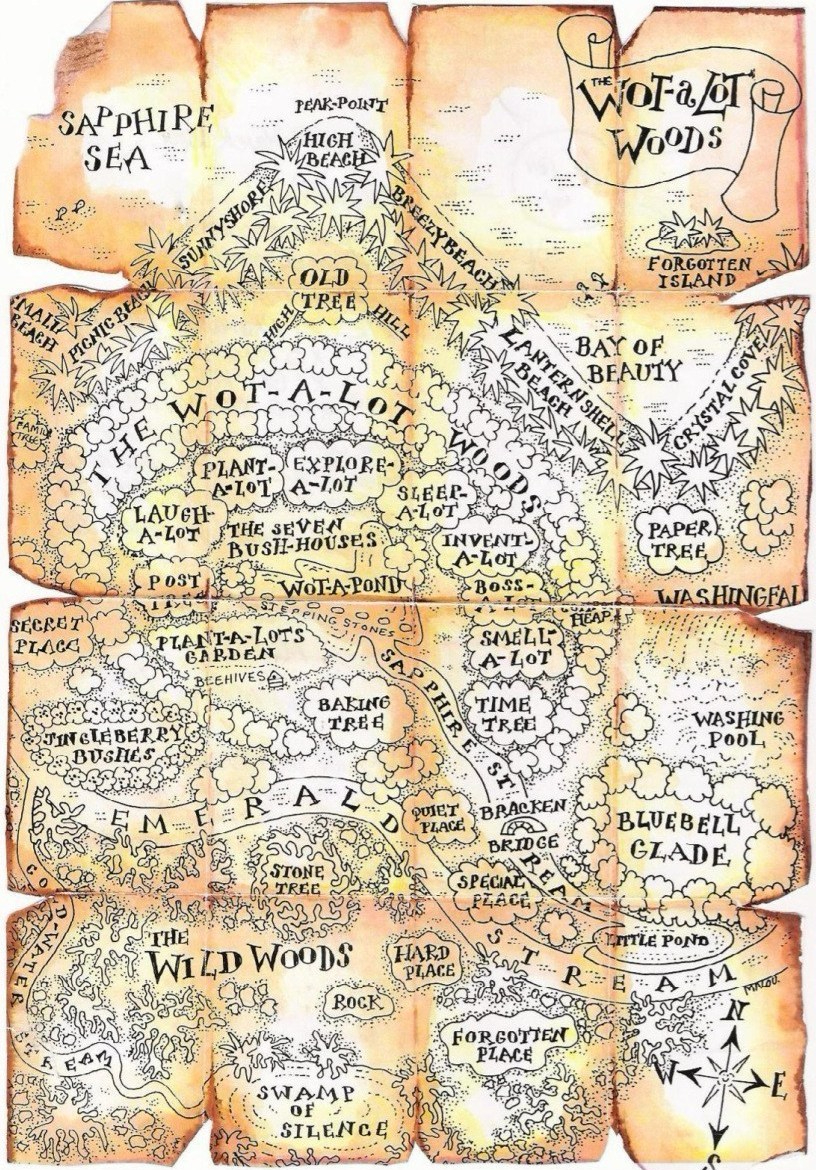 Wot-a-Lot of Beeps in the snow!

I created, developed, secured broadcaster, funding and co-Executive Produced the pre-school series The Beeps, (originally I named them The Wot-a-Lots) https://www.channel5.com/show/the-beeps

If you would like to know more about my epic twelve year odyssey of creation and subsequent quest to transport my Wot-a-Lots from my drawing pad on to television screens all around the world, then please have a look in “The Beeps Animated TV Show” section of this site.

x65 11 minute CGI Episodes were made for Channel 5 Milkshake!

The show premiered in 2007. Initially broadcast daily in the United Kingdom on the Channel 5 Milkshake! show. Subsequently sold to over sixty seven countries worldwide by Southern Star and Endemol Worldwide Distribution. 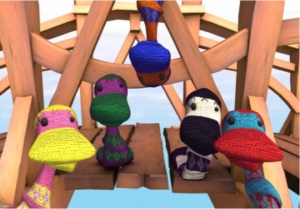 My original pen and watercolour drawing of Laugh-a-Lot and Chirp-A-Lot discussing clean socks with Smell-a-Lot!

CGI interpretation of  Beep-Beep, Teeny-Beep having a discussion with  Brainy-Beep

My original drawing of Wot-a-Well 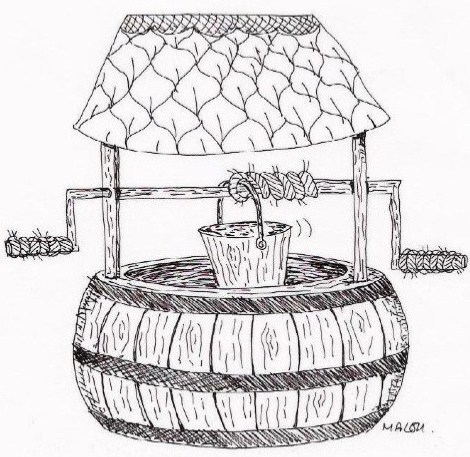 The Beeps Colouring In and Activity Page 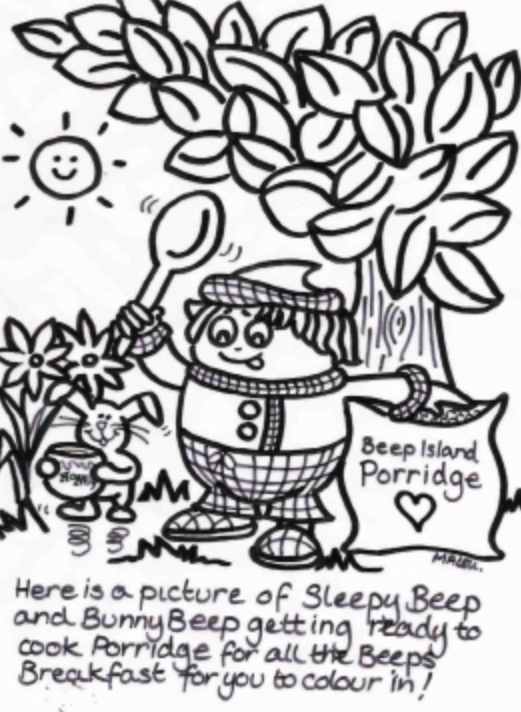 The Beeps® were originally broadcast daily in the United Kingdom on Channel 5 Milkshake! Subsequently distributed internationally by Southern Star and then by Endemol Worldwide Distribution.

Here are some of the countries my lovely Citizens of the World, my Wot-Beeps have visited:

In the Spring of 2007 the Controller of Channel 5 Children’s Programmes asked if I would like to create and design a whole new world, all the characters, backgrounds and accessories for an exciting new preschool animated series being planned called The Angels Of Jarm.

I was so excited about this lovely new project, so I eagerly accepted and started creating straight away!

x55 7 minute 2D Animated Episodes were made for Channel 5 Milkshake!

18th November 2007 saw the Terrestrial Television Premiere broadcast of The Angels of Jarm in the UK on Channel 5 Milkshake!

Some of my original character designs for Children of Jarm 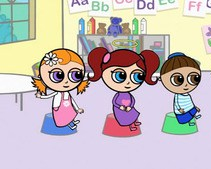 and the 2D Animated interpretation of Two Children of Jarm, Abbie and Aaron  and Angel Ellie in a classroom in The School of Jarm

Angels of Jarm Colouring In and Activity Page

Angels of Jarm Recipes including: 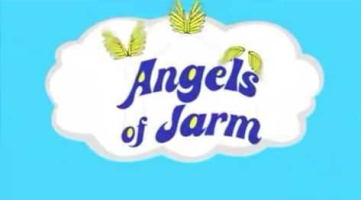